First Attempt in Directing: "Reasons to Be Pretty" 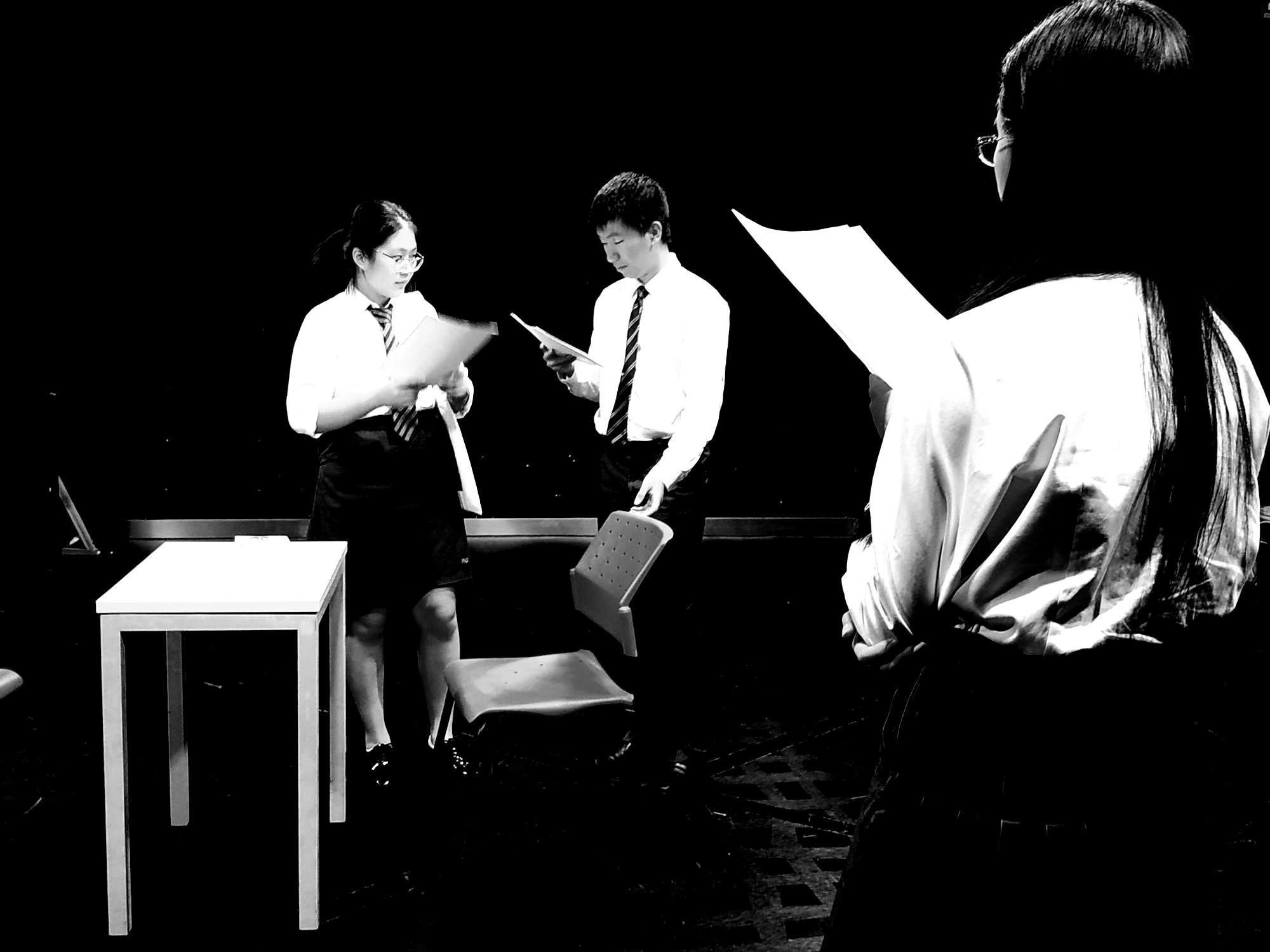 First of all, Kitty and Horace really did a great job!!!

Reflecting on myself - this is my first time to direct a scene (despite some self-directing with Horace), so I have just started my exploration of my directing style.

1) I set a rather open ground and let the actors take over, which allowed some very great impulses to appear.  I did not expect they would bring out some lines as jokes, so their performance also inspired me to look at the scene in a different way.

2) I was very specific about details like the pace and the pauses, in order to make the scene gentle, sad, and show that the characters are constrained, instead of making it too on the comedic side or very expressive.

3) I paid attention to blocking (which I sometimes forget to as I am acting), so the blockings were dynamic.

4) I understood the script relatively well, so I was able to give some background stories or some subtext to inspire the actors.

1) I was trying to side-coach sometimes but was not really sure how to do it, so I still need to figure things out about that.

2) Sometimes I was looking at the script when they were acting.  I think I should focus less on the lines (especially as we move on during the rehearsals) and focus more on the actors.

3) I could experiment more with the use of space on stage.

4) I wish in the future I would have more time to experiment with different choices of acting a scene with the actors.

Overall, I think it was a wonderful experience.  I will need to think more about my artistic choices and directorial intentions in the future, so that I could be clearer about what I would like to achieve, and also continue to be open to what the actors come up with their impulses. :)

- You had clearly considered how to develop the character relationships in the scene, and the ways in which you wished your actors to 'communicate' these concepts, these were very clearly explained.

- I LOVED the fact that you also prepared a short reading exercise for your pair, so that they could firstly read the text in the cold manner, I think this was essential in helping you build on from this task into the TONE and MOOD of the piece.  This really helped to illustrate the feeling that you wanted to create with the scene.  This helped build character relationships and also help your actors get used to the script.  I think this was really important.

- Your 'style' and approach was communicated very clearly, you had ideas about how the scene should be developed and you communicated this clearly, you also 'negotiated' with the actors to take in to account their feelings and responses to the blocking, reactions, etc.

- you were very supportive to your actors and offered good, constructive pieces of advice e..g. building energy levels, when the scene was flat and needed more excitement and dynamic control of the voice, this really helped Kitty to develop very quickly.

- Excellent scene choice, this scene was filled with dramatic potential

- Perhaps you could of communicated a vision for the 'entire play' to help you develop some further ideas that will help with the task?

I was very impressed Irene - well done, we should look to perform this with your direction, we can talk more in class.

I really appreciate Irene's effort as a director. As an actor, I feel her instructions extremely useful which help me to get into the mood of the character. Although it's her first time as a director, I think she does a great job on outlining the covert meanings of lines and reminding us of the shift and climax. Personally, she gives me useful suggestions, for example to have more energy and follow my intuitions.

In this case, Irene sets me a great example to follow since I have no idea how to direct, and I will corporate some of her directing essence in my future directing.

I'm looking forward to others' directing!!

In the last class, I appreciated how Irene respects actors' own intuitions and give suggestions after the actors finish acting instead of constantly disrupting their performance and correct them, because I am directing, I can't be as 'democratic' as her. She lets the actors create the play instead of teaching the actors to act in her specific way. Also, I like how she use analogies and reminders to keep the actors energetic or in the right mood.

Ireni is a very good director, her notes were very clear and each serves an unique function. But what I admire the most was how she wrote down all the hidden meaning behind each important line, and this makes our interpretation of text so much easier.  She is also very good at encouraging and pointing out mistakes, some qualities that a good director must [possess].

Irene did really well as a director. Her notes on the paper are also well organized. She considered all aspects in a play such as the lighting, the mood, the volume, the standing point, the action etc.