Response on Excerpt from "My Children! My Africa!" 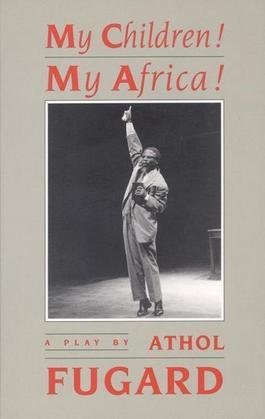 We read a few pages in class today, and were asked to make a Mood Board to show our visual responses.

Shattered window with a sun - Good lighting.  Symbolizes the broken present, but there is expected to be a bright future (freedom)

Two people in wet red robes - everything is wet, draping and tangled up.

The red flag in Les Mis - Good lighting.  The youth have strong impulse but not well thought-out.  The red flag is vibrant and symbolizes things like anger and revolution.  It is warning how they are very emotional but do not know the consequences.

Flame - on fire.  Minds are on fire.  The argument is on fire.

Death - the death of Mr. M is the climax of the play.  Controversy: is it self-defense to kill Mr. M or is it murder?  Makes the audience to raise questions.

Freedom - Should you kill for the best for the majority?

Teacher - everyone is a teacher.

Victims - No matter who is right or wrong, there are always people being hurt.

Power - the black people are powerless, even when they are protesting or taking actions.  They are controlled by a group of more powerful people.

Privilege - Isabelle, as a white girl, is privileged in this play because she does not actually experience discrimination.

Thami is the lava, and Mr. M is the sea - their encountering and their conflicts.